Yes, you can solo ride a tandem kayak (two-person kayak) if you know how to handle it properly. A two-seater kayak is harder to control as compared to a one-person kayak because a tandem kayak requires two people to move forward. However, it’s pretty easy if you have enough strength. Also, there’s a bonus if you can ride it alone, and that is the extra space you’re going to get.

Table of Contents show
Can one person use a Two-Person Kayak?
How do you sit in a Tandem Kayak as a solo rider?
What’s a Tandem Kayak build for?
What options do you have?
Final words

Sometimes I go out alone for fishing to take the extra advantage of my tandem kayak. Sometimes it’s me and Max (my dog). Max doesn’t do a thing except disturbing me. For a complete newbie, I don’t recommend a tandem kayak if you are on your own. This article will disclose the advantages and disadvantages of using a tandem kayak solo and the risks (if there are any). So, let’s move forward!

The only advantage that you will get as a solo rider is enough space. Today, there are so many fishing kayaks available in the market, specially designed for fishing purposes. Once I used a tandem kayak instead of a fishing kayak to give it a try. What I did was that I sat on the back and put the stuff in the front to balance the weight on both sides. So the wind couldn’t push me backward as I put equal weight on both sides, or else you’ll lose control of your kayak.

Firstly, it’s not as comfortable as you think. Also, you will have to struggle to control it, as it’s a two-person kayak. Different kayaks have different shapes and sizes. Long kayaks are more challenging to manoeuver than others. Tandem kayaks are long and need two people to control them easily.

Weather plays an important role when you’re trying to move forward. And it isn’t easy to control a tandem kayak in windy conditions if you are a solo rider.

Sit on top kayaks let you sit in the middle, and navigate easily. This kayak comes with an extra seat in the middle to easily change position if you don’t feel comfortable enough.

A sit-inside tandem kayak comes with an adjustable seat. It means you can change the seat according to your needs. It’s the only tandem kayak that is designed for a single person.

Can one person use a Two-Person Kayak?

Yes, of course, you can. It’s no big deal, but while paddling, you will feel the pressure.

As I said before, the main advantage is that you’ll have a lot of space to put your equipment such as gears, fishing rods, fishing nets, etc. For me, sometimes it’s my dog who takes the front seat, and sometimes I put all my fishing equipment there.

A one-person kayak is more lightweight than a long two-person kayak. Just because of the length and heaviness, it’s tough to navigate and control a tandem kayak. While making a turn or moving forward, you need to put more pressure than usual.

If you are a regular kayaker, you should know how heavier a tandem kayak is than a solo kayak. Most of the time, it’ll need more than 2 people to carry a tandem kayak to the kayaking spot.

I’m not saying that it’s impossible to ride a two-person kayak. But if you are on your own, a solo kayak is the best option for you. However, if you want extra space to carry your stuff, then a two-person kayak is suitable for you. Mastering riding a tandem kayak on your own is a little bit difficult as the wind forces you backward.

How do you sit in a Tandem Kayak as a solo rider?

For me, I always take the back seat and put my stuff in the front. It is to distribute the weight equally on both sides. Sometimes I go out with my dog, Max. I put him in the front seat so I can easily control and keep an eye on him. If you don’t put weight in the front seat, the heavy wind will create an opposite force. That means it will overturn the kayak.

What’s a Tandem Kayak build for?

A Tandem kayak is designed for two people. It is designed in such a way so you can teach a newbie kayaking. It’s a great way to start the journey. Once you get the idea, you can practice as a solo rider. A Tandem kayak requires two people to get the maximum speed.  Both the kayakers in a tandem kayak need to have a mutual collaboration. If you paddle more slowly than your friend, you’ll lose control of the kayak.

What options do you have?

If you want to paddle alone, there are inflatable kayaks available in the market. An inflatable kayak lets you adjust the seat according to your needs. That means you can turn it into a solo kayak easily.

Safety is a big issue when you’re trying to paddle alone in a two-person kayak, which doesn’t have an adjustable seat. Since a tandem kayak is built for two-person, you’ll have to paddle more than usual.

Kayaking is fun if you can spend some time in a tandem kayak with a friend. You know I’m talking about all the great moments and memories you’re going to have.

From the above discussion, now you know that you can solo ride a tandem kayak.

If you want to catch fish and need a lot of space, take the back seat and put your stuff in the front. However, if you don’t need a lot of space, you should go for a one-person kayak. I’m saying that because a solo kayak is easy to load in your vehicle. And it’s also easy to take it to the kayaking spot as it’s not heavy like a tandem kayak. 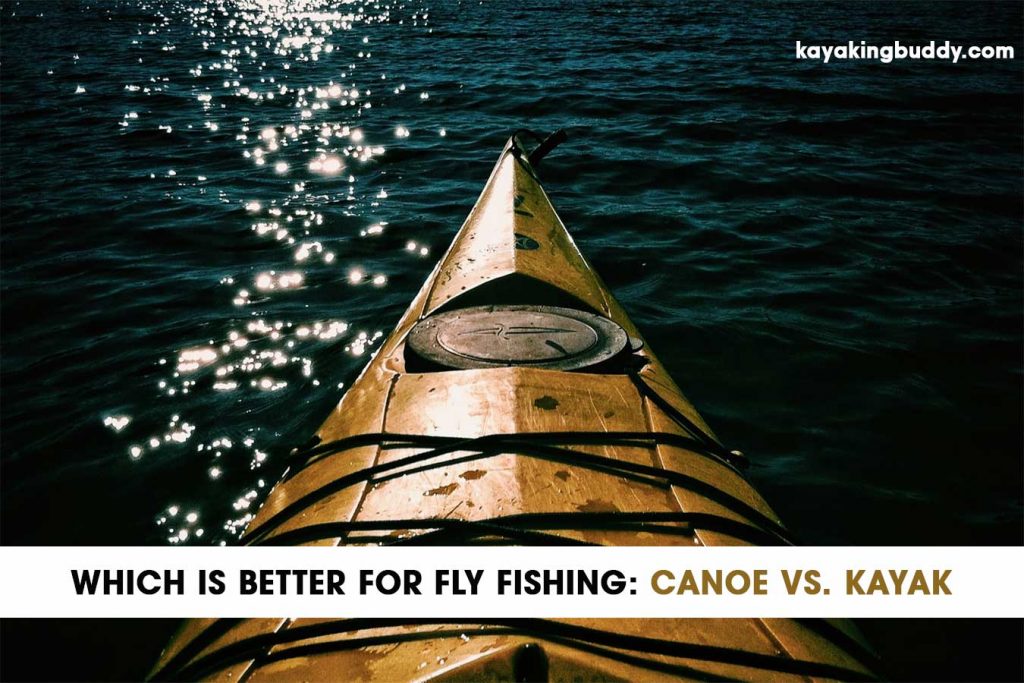